Ellen Kuhl
Walter B. Reinhold Professor in the School of Engineering and
Robert Bosch Chair of Mechanical Engineering at Stanford University 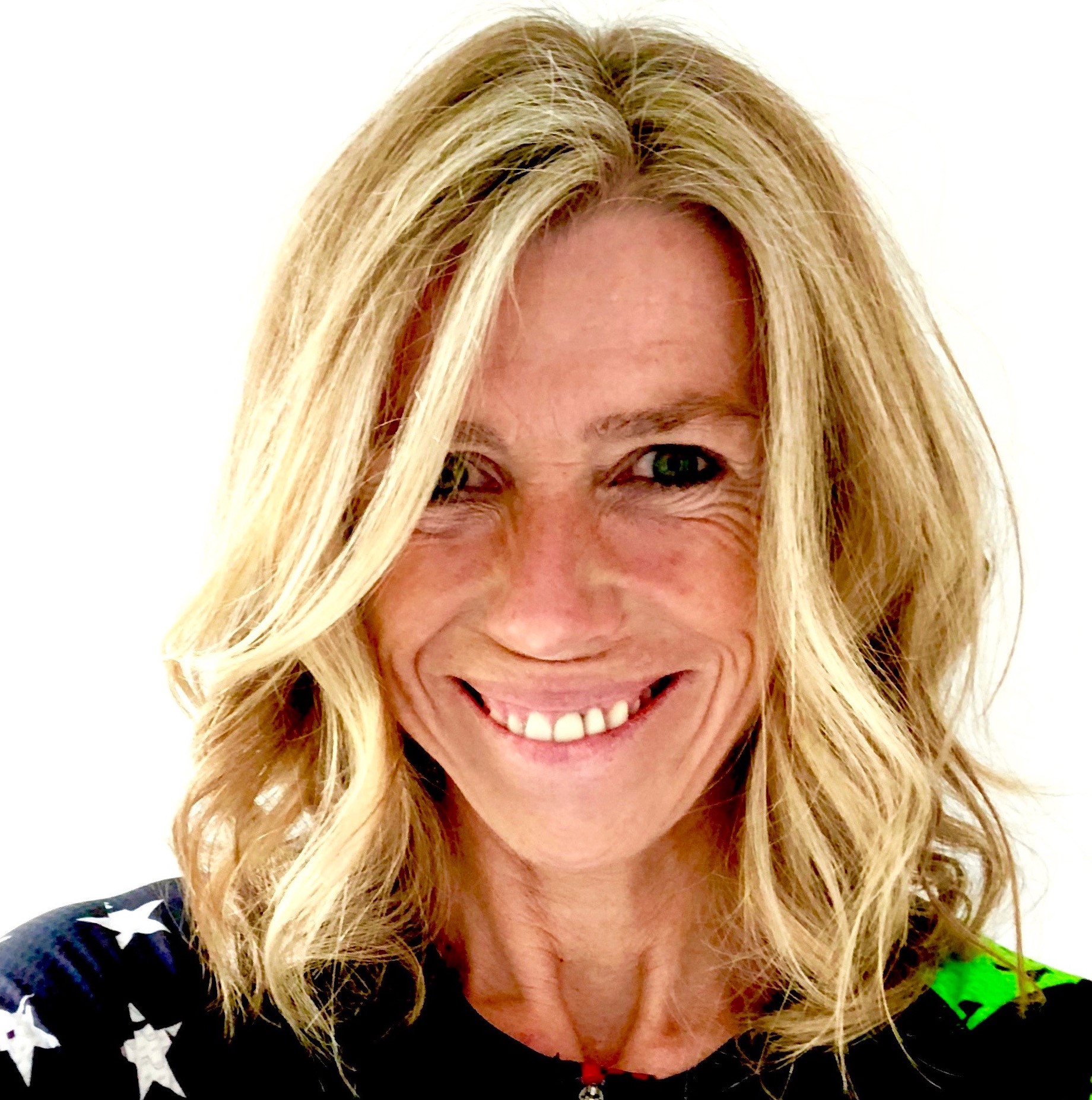 Ellen Kuhl is the Walter B. Reinhold Professor in the School of Engineering and Robert Bosch Chair of Mechanical Engineering at Stanford University. She received her PhD from the University of Stuttgart in 2000 and her Habilitation from the University of Kaiserslautern in 2004. Her area of expertise is Living Matter Physics, the design of theoretical and computational models to simulate and predict the behavior of living systems. Ellen has published more than 200 peer-reviewed journal articles and written a textbook on COVID-19; she is an active reviewer for more than 50 journals at the interface of engineering and medicine and an editorial board member of seven international journals in her field. She is a founding member of the Living Heart Project, a translational research initiative to revolutionize cardiovascular science through realistic simulation with 400 participants from research, industry, and medicine from 24 countries. Ellen is the current Chair of the US National Committee on Biomechanics and a Member-Elect of the World Council of Biomechanics. She is a Fellow of the American Society of Mechanical Engineers and of the American Institute for Mechanical and Biological Engineering. She received the National Science Foundation Career Award in 2010, was selected as Midwest Mechanics Seminar Speaker in 2014, and received the Humboldt Research Award in 2016 and the ASME Ted Belytschko Applied Mechanics Award in 2021. Ellen is an All American triathlete, a multiple Boston, Chicago, and New York marathon runner, and a Kona Ironman World Championship finisher.

For more than 25 years, the amyloid hypothesis—the paradigm that amyloid is the primary cause of Alzheimer’s disease—has dominated the Alzheimer’s community. Now, increasing evidence suggests that tissue atrophy and cognitive decline in Alzheimer’s disease are more closely linked to the amount and location of misfolded tau protein than to amyloid plaques. However, the precise correlation between tau pathology and tissue atrophy remains unknown. In this lecture, I will illustrate how to integrate multiphysics modeling and Bayesian inference to create personalized tau-atrophy models using longitudinal clinical images. For each subject, we infer three personalized parameters, the misfolding rate, the transport coefficient, and the tau-induced atrophy rate from four consecutive annual tau positron emission tomography scans and structural magnetic resonance images. Our study reveals that the tau-induced atrophy coefficient is fairly consistent across all subjects suggesting a strong correlation between tau pathology and tissue atrophy. Once calibrated with a larger set of longitudinal images, our model has the potential to serve as a diagnostic and predictive tool to estimate atrophy progression from clinical tau images on a personal basis. 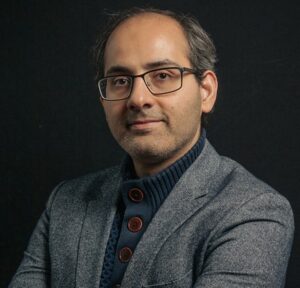 Amir Zadpoor is Antoni van Leeuwenhoek Professor, the Chaired Professor of Biomaterials & Tissue Biomechanics, and the founding director of the Additive Manufacturing Laboratory at Delft University of Technology (TU Delft). At Leiden University Medical Center, he holds another professorial chair in Department of Orthopedics. He specializes in the development of advanced additive manufacturing techniques for the fabrication of metamaterials with unprecedented or rare mechanical, physical, or biological properties. Moreover, he is a world recognized expert in origami and kirigami-based (bio)materials that are made by combining shape-shifting (e.g. self-folding) with additive manufacturing. Developing biomaterials-based approaches for the prevention and treatment of implant-associated infections is an integral of his research where he uses physical forces and nano-scale features to both kill antibiotic-resistant bacteria and modulate the immune response. Prof. Zadpoor has received many awards including an ERC grant, a Vidi personal grant, a Veni personal grant, the Jean Leray scientific achievement award of the European Society of Biomaterials, and the Early Career Award of the Journal of the Mechanical Behavior of Biomedical Materials. He has served on the editorial boards of international journals (e.g., Acta Biomaterialia), on the review panels of funding agencies, and as a member of award committees.

Meta-biomaterials leverage the power of geometry to create rare/unprecedented combinations of physical, mechanical, and biological properties, thereby unleashing ordinarily inaccessible working principles through which the tissue regeneration and infection prevention performances of biomaterials are greatly enhanced. The relevant geometrical features span the entire spectrum of length scales from macroscale (i.e., shape) to microscale (i.e., microarchitecture) and nanoscale (i.e., surface nanopatterns), and function as intermediaries between biological and physical phenomena. Meta-biomaterials change the questions we ask when developing biomaterials. The usual approach starts from the space of possible material properties and looks for a working mechanism to best exploit those properties and address the application at hand. The meta-biomaterial approach starts from the space of possible working mechanisms and selects the best working mechanism regardless of whether the required material properties lie within the currently existing envelope. This lecture will emphasize the meta-biomaterials developed during the last few years and will present a summary of their properties and functionalities. 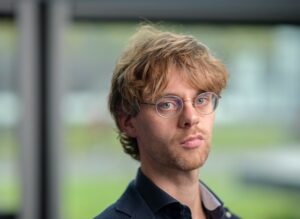 Massimo Sartori is Professor and Chair of Neuromechanical Engineering at the University of Twente (Faculty of Engineering Technology, Department of Biomechanical Engineering) where he directs the Neuromechanical Modelling & Engineering Lab. His research focuses on understanding how human movement emerges from the interplay between the nervous system and the musculoskeletal system, both in healthy and impaired individuals. His overarching goal is to translate such knowledge towards the development of novel human-robot interfaces for restoring movement. On these topics Prof. Sartori is directing prestigious personal grants (e.g., European Research Council) as well as consortium-based research projects (e.g., H2020-MSCA-ITN, H2020-RIA-ICT).

Prof. Sartori obtained his PhD (2011) from the University of Padova (Italy) and was Visiting Scholar at the University of Western Australia (WA, Australia), Griffith University (QLD, Australia) and Stanford University (CA, USA). He conducted his main post-doc at the University of Göttingen (Germany) where he become Junior Research Group Leader in 2015. In 2017 he joined the University of Twente (The Netherlands) as a tenure-track scientist where he is currently leading an expanding research Lab. Throughout his career he received awards (e.g. NIH-NCSRR Scholarships, OpenSim Outstanding Research, UT’s Best PhD Supervisor), acted as editor as part of academic journals (e.g. IEEE TBME, Front Comput Neurosci), as well as organized leading congresses at the interface between biomechanics and robotics (e.g. IEEE BioRob 2018).

Prof. Sartori currently serves as an Associate Editor at the IEEE Transactions on Neural Systems and Rehabilitation Engineering as well as at Frontiers in Neurorobotics and Frontiers in Bionics and Biomimetics. He is a member of scientific societies including: the European Society of Biomechanics, the International Society of Biomechanics, the IEEE Robotics and Automation Society, the IEEE Engineering in Medicine and Biology Society, and the IEEE International Consortium on Rehabilitation Robotics.

Neuromuscular injuries leave millions of people disabled worldwide every year. In this context, the impact of current rehabilitation technologies is hampered by the limited knowledge of their physical interaction with the human body. That is, rehabilitation devices such as robotic exoskeletons or neuromodulation devices, interact with the human body with no feedback of how biological targets (e.g., bones, tendons, muscles, nerves) react and adapt to mechanical or electrical stimuli, especially at extreme ends of the spatio-temporal scale, e.g., cell-to-organ growth over days, months or years. This talk will outline current work conducted in my Lab to create a new framework for ‘closing-the-loop’ between wearable technology and human biology. My talk will show initial results on how bio-electrical recordings and numerical modelling can be combined to study how the human neuro-muscular system responds over time to robotic interventions in vivo. The talk will show examples of how this paradigm can be translated towards the development of novel human-robot interfaces for restoring human movement and for preserving biological tissue integrity over time.